Making a multiplayer game? Read this. 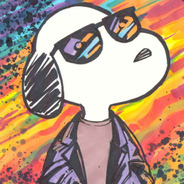 So something I am noticing across the programming forum is that the "How do I do multiplayer" question is raised multiple times throughout the day, almost every day. The purpose of this post is to clear up some confusion about multiplayer, and how to implement it.

WHAT YOU SHOULD KNOW:

If you make a game with UNET, that code will be obsolete and unsupported in less than a year. You can read more about UNET deprecation here.

Before I talk about options, I want to point out that networking is not only difficult, but it requires knowledge in C# and networking itself. Please make sure you understand how Unity works, and at the very least can program small games on your own, with minimal help from tutorials. If you dont know what you're doing, networking a game will hit you like a pile of bricks.

READ THIS ARTICLE! It has information about different networking protocols, and networking theory that will be imperative to your success!

Until Unity's new networking system is released, and complete, you're going to have to use your own networking code, or 3rd party software. Lets talk about the pros and cons of these.

YOUR OWN IMPLEMENTATION / C# SOCKETS

There are many more systems you can try and use, these are just popular ones you might want to try. If I made any mistakes please correct me, I am not an expert. I just see this question very often.