Problem with AudioManager (Brackeys tutorial based) 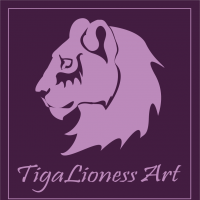 TigaLioness Member
May 23 edited May 23 in Programming

Hi, I hope I'm not gonna end up laughed at, but I'm quite dumb when it comes to programming and I'm still learning C# and Unity.

Once I did a tutorial by Brackeys "Introduction to Audio in Unity" on one of my projects in Unity 2018.4.10f and it worked flawlessly. I had different music for different levels, I had music theme and some effects on the player, enemies, picked up objects (it was a platformer in 2D).

Now I'm doing the exact same thing in 2019.3.0f5 and it's not working at all. After hitting play the Audio Source is created for a sound I add in AudioManager, it has the proper amount of volume and it's not playing. When I manually add an Audio Source on some other object (like Brackeys did in the beginning of the video) it works and the sound is played properly. Can it be the fault of the Unity version, or am I just doing something wrong?

I've searched a bit on that on Unity forum and it seems that it's still a problem (excluding people who accidentally checked "Mute audio" in Game window) and it remains unsolved. I tried making a build and the music isn't playing in build either. Many people say it's an issue with 2019 releases, but it's really freaking me out cause I need to finish my college project in Unity (in like 2-3 weeks) and I can't go back to 2018 releases, because some stuff I did wasn't really working in those. I'm downloading a little bit newer 2019 version but I fear that it won't fix the problem. I could do themes manually in Audio Sources on empty objects or something, but I also need some environment stuff like buttons, a sound of a starting PC etc, that are triggered after clicking on some objects in the scene.

Anybody having any ideas? I'd really use some help.

Sign In or Register to comment.
SUPPORT US ON
PATREON
© Copyright Brackeys 2018 - All Rights Reserved POWERED BY
BRACKEYS