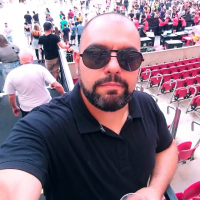 trialforce Member
May 22 in Programming

I'm working in a beat em up engine/game inside Unity.

The code is almost done, but I want to include net play.

Which is the best method to do that today?

Sign In or Register to comment.
SUPPORT US ON
PATREON
© Copyright Brackeys 2018 - All Rights Reserved POWERED BY
BRACKEYS