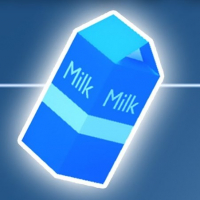 After watching the c# brackey's tutorials I had an idea for some sort of dating code that generated people with a random name, personality, and age. I would do this by creating 2 lists one for name and personality and randomly picking from that list using two separate random number generators. Then I would remove that name and personality from the list to avoid repeats. The age would be generated using a random number generator. The problem that I'm having is successfully removing things from the list because of how I have coded the system. I would appreciate some suggestions. Hopefully, this is understandable. 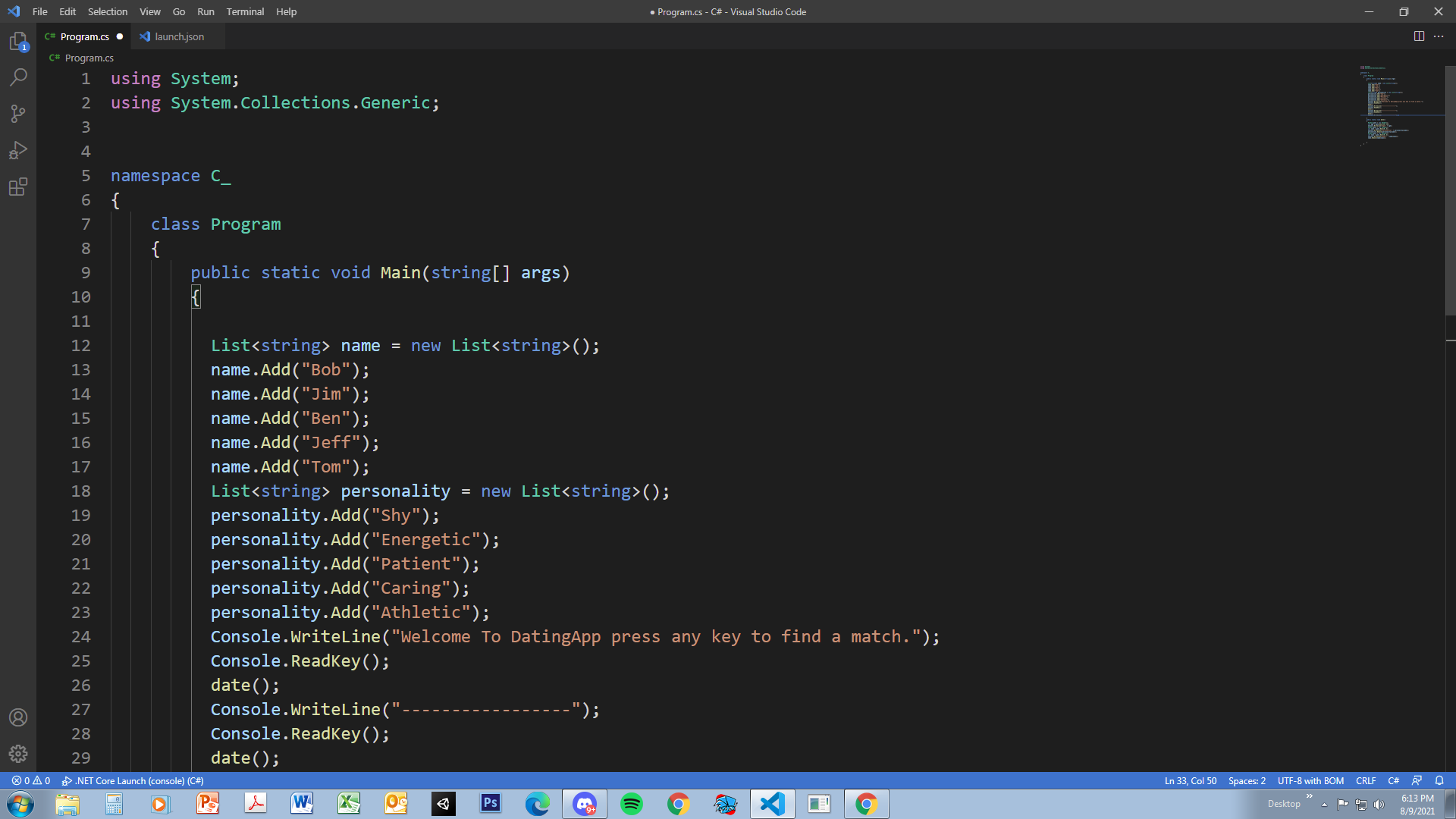 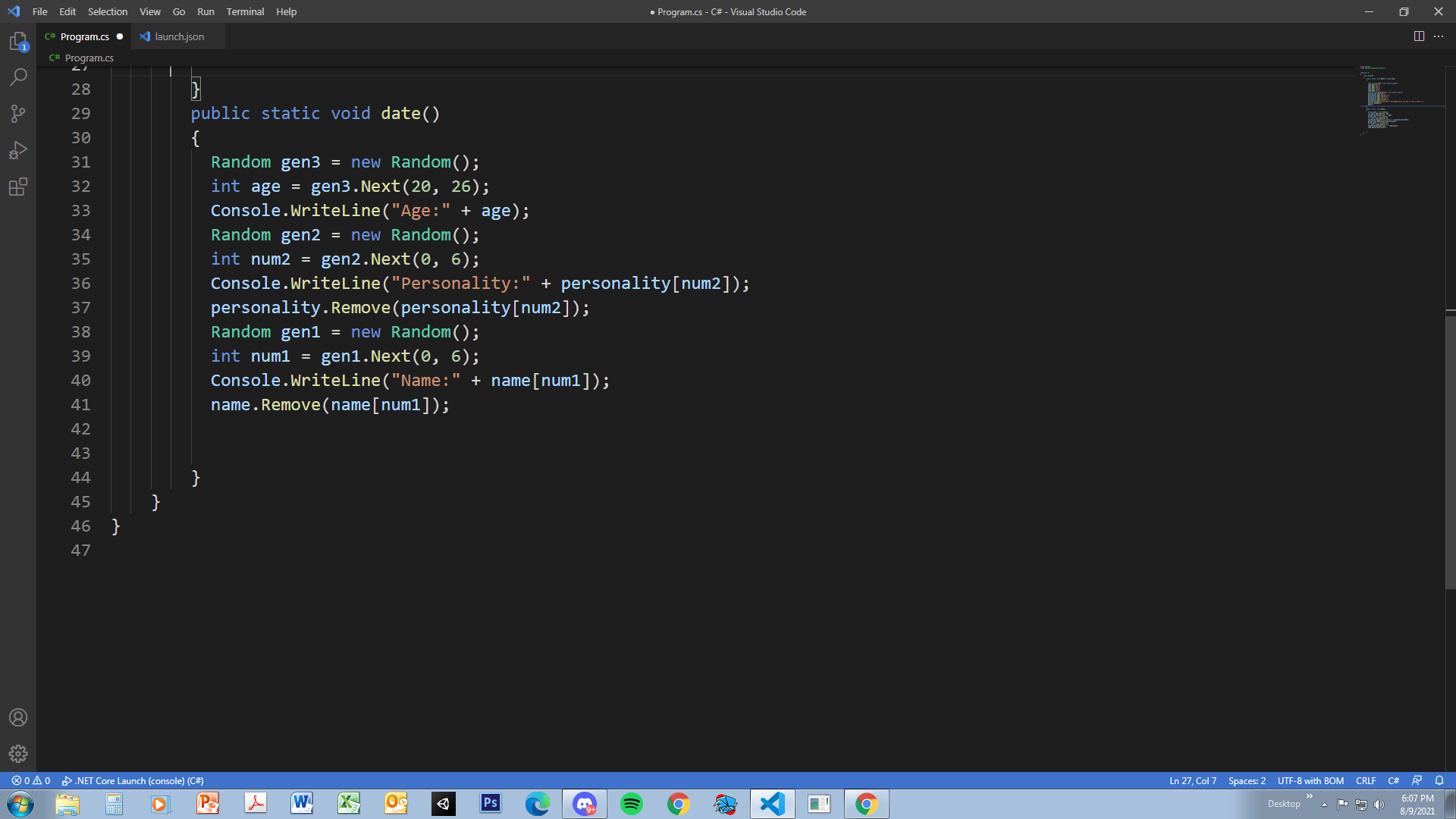