Advice for my Situation? 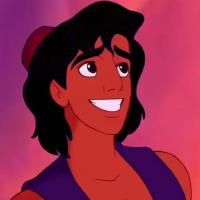 I'm very new to game development and coding as a whole. I've been learning for about a week or two now and I've been trying to make a simple 2D game as a starting project, a basic platformer with a square sprite as the main character. When I first started learning, I did some research on C# and followed some tutorials, but I don't think it helped me. Just today I tried to make the player move with a very simple script, I got it working and was proud of myself, however, when I tried adding a jumping script it broke everything. I tried fixing it and looking online for answers and I couldn't find anything.

I then went online to look for a simple jumping script to copy and paste so I could at least have a game plus a script I can read and look up questions to understand better. But, I somehow failed at copying a script as well and the square still wouldn't move at all.

I'm not going to provide screenshots of this script because I'm fine with it not working, it's just a 2D platformer. My main concern is the fact that I don't feel like I'm learning anything at all and I might just lack the basic skills to actually get into Game Design.

So, as the title says, does anyone have advice on how I can really learn code? Instead of just failing because I have no clue what I'm doing or what I should be fixing.