Both server or none of them 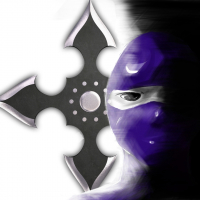 Hey guys, quick question, i've been looking for answers but can't find any so there it is.

I'm following the FPS tutorial. I've replaced Unet with Mirror and so far 7 videos and it's working.

My only probleme is, when I launch a server with the unity instance of the game, both players are considered as server, even though one is marked as having authority, the other not. And when I launch a server with a local build of the game, none of the players are the server. In both case the game function, they are considered are player 1 and 2, local player for one, remote player for the other, but parts of the scripts doesn't work, like the commands(Cmd) for obvious reason and the movements as well actually, can't have smooth movements for the client, but maybe it's an other issue I don't know.