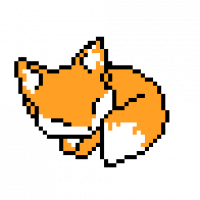 The level gets deleted later and remade anyway .... Feel free to delete this post. ^_^; Just plowing forward caused the situation to fix itself.

I was following the "How to Make a Video Game in Unity" Tutorial Series for building the simple 3D block avoid the obstacles game. I am near the end on the "Winning Levels" Video. The first level and animation work flawlessly in unison with the tutorial walk through, however, after duplicating level 1, deleting the obstacles, and turning it into level 2; I saved and added it to the build settings (like shown), but he then goes on to show that when you test play, it plays through level 1, then loads the level 2 which plays automatically ... mine does not? I've followed the directions to a "T" but my level 2 (the second level in the build index) doesn't play. It loads after you finish level 1, but the player object does not begin to move. Is there a step I am missing? I keep replaying the video but am not seeing it. I know it may be hard to follow, but any insight is much appreciated. Obviously I'm new to Unity, C#, and Programming in General (I come from an Illustration and Concept Art Background and am Transitioning into Programming and Game Design.)