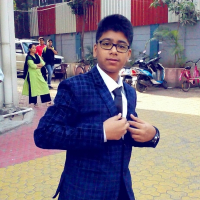 I am a New person to Unity. My problem is that I have a Score in my first scene which is the position of z of the player. I want it to save it to the HighScore using PlayerPrefs. I have 2 empty objects named MenuManager and GameManager and they have their own scripts but I don't know how can I share the value of the score and save it in a PlayerPrefs. Can anyone please help me? I don't know how can I assign a component if it is not in my scene. Also can you please help me to use the function of a script of a different scene. I mean how can I call a function of a game object which is in an other scene. Please help me. I need to finish my game.

The Score Script which keeps track of players position.

The High Score Script which is responsible for the text changing although I havent worked on the player prefs yet if anyone knows please help me in that also.

The Menu Functions Script which have the option of using the buttons.

The Game Manager which have the work of changing scenes and restarting the game.