How to instantiate a prefab randomly on an object 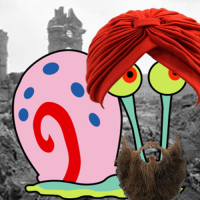 Hey! :) Im trying to instantiate that gold bar on random positions only on that three, not outside of it you understand. It seems to be a very easy fix to it but im not very talented in Unity and C# but im trying my best.

Thanks for your attention. I'm looking forward for any replies.